I have download Centos7 on a DELL station.
Sometimes, all the OS become very very slow and I must to reboot the station to find a normal functioning.
In a terminal, I have written the command "top" and I have see that the processus kworker/u+ uses more than 50% of the CPU.
Do you know how may I resolve the problem please ?
Top

You need to expand your terminal width to fit the rest of the output in as that "kworker/u+" is showing you that it has been truncated.

This https://unix.stackexchange.com/question ... eads-names appears to describe what the kworker threads do.

I would guess that you have some hardware that is generating thousands of interrupts and the system is spending all its time processing them. Look in /proc/interrupts for a list of the interrupt numbers in use and their hit counters. Watch the numbers increase and see if one is gaining counters at a large rate. Now see what driver is listed on the right hand end of the line with the rapidly increasing numbers.
CentOS 6 will die in November 2020 - migrate sooner rather than later!
CentOS 5 has been EOL for nearly 3 years and should no longer be used for anything!
Full time Geek, part time moderator. Use the FAQ Luke
Top

Thank you for you help.
I am sorry for my first image of terminal. I join to this email an larger image.
The kworker is kworker:u/896:2.
I have also done /proc/interrupts few hours before a frieze period and during the frieze . I join you the listing.
Number process change. The most change seems to appear with
Non-maskable interrupts; Local timer interrupts; Performance monitoring interrupts; Rescheduling interrupts and TLB shootdowns. 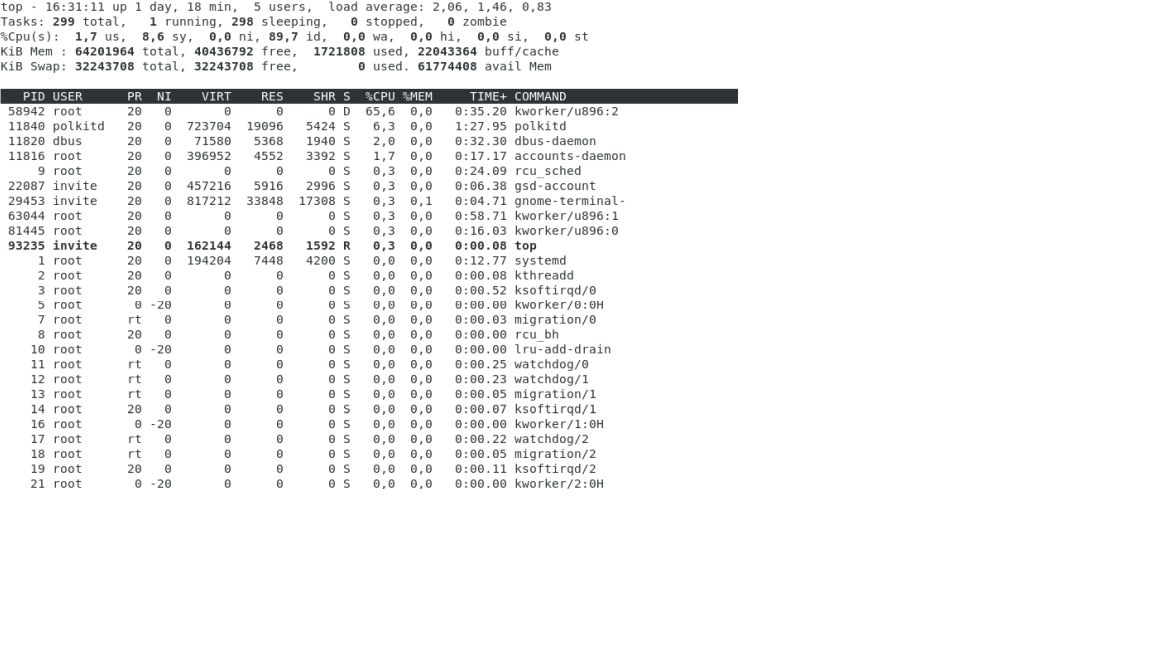