I've installed a fresh install CentOS 8 on HyperV, default settings, Gen1/Gen2 (Same issue).
But I can't get it to boot after the setup wizzard finishes, and prompts for a reboot.
It just gets stuck at the blinking prompt, and never actually boots up. 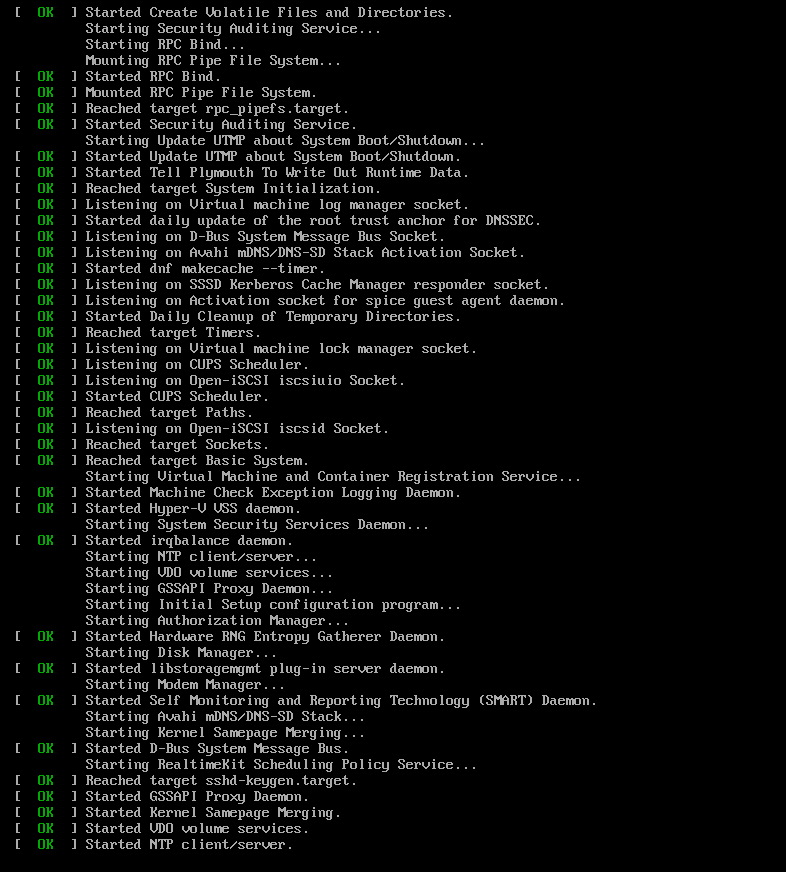 This is the same bug described in RHEL 8.0's release notes and the solution described over there applies here as well.

The key command here is in step #6.

The important part is getting access to the shell and for that, I'd rather either change to a virtual terminal or SSH into the VM instead of booting (steps 1 through 5).
Alfred Myers' blog
Top

Turns out, the default is install with a GUI. Which apparently doesn’t work inside a virtual environment... reinstall as minimal install, and it works fine.
Top

The gui works on an install on vmware workstation pro 15.5. But I really hate the "Activities" minimal desktop. Is there a way to get back to the "Applications" version from Centos 7?
Top

I would add similar note. Fail to load installation me in case of skip media check.
Top