I need to use DaVinci Resolve Studio 15 on Centos, but when I install Centos 7.6 with a bootable USB, it freezes, and it shows “Kernel Panic – not syncing: Hard LOCKUP” 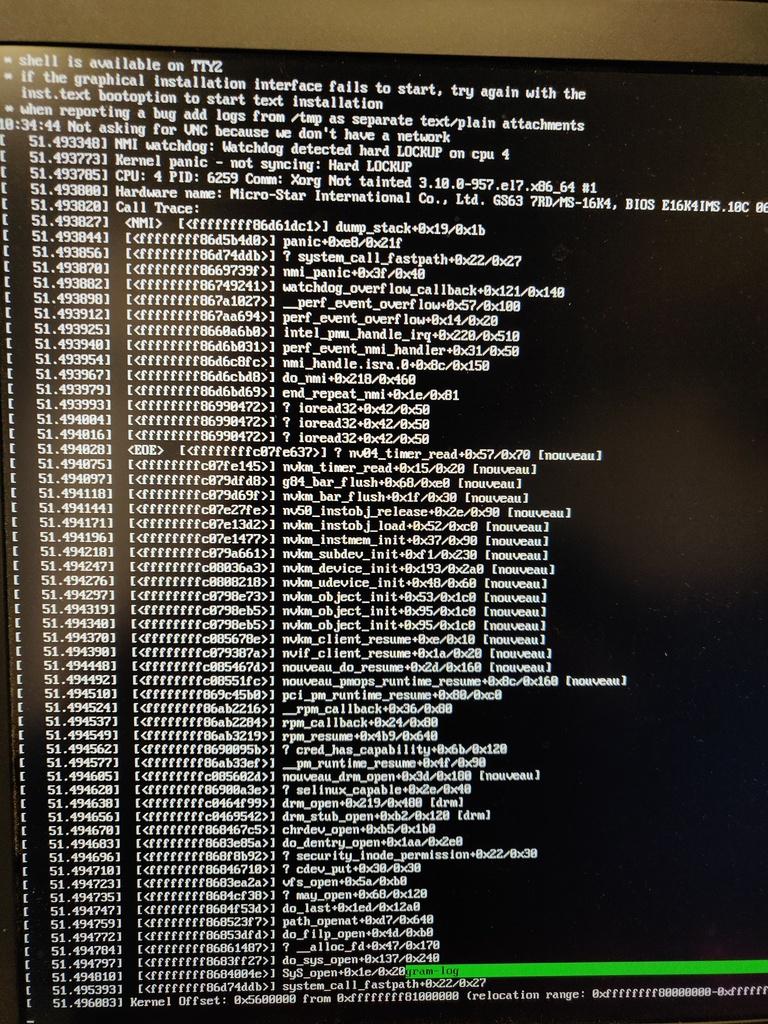 My PC (MSi) conf:
- Processor Intel Core i7-8750H
- 16Go DDR4
- NVIDIA GeForce GTX 1050Ti whit 4Go GDDR5
- SSD M.2 PCIe 512Go
So, at first, I tried to see if the version of the bios but it is the last. Then I tried to use another version of CentOS, the 7.5 then the 7.0. For the 7.5 I’ve got the same problem with the 7.6. With the 7.0 the installation worked but the ethernet card (killer E2500 Gigabit Ethernet Controller) didn’t’ detect my rj45 cable, I tried to install the pilots but even with them it didn’t work.
Then, I tried to boot with an iso which contained DaVinci Resolve and Centos 7.3 but the installation didn’t work too. (http://downloads.blackmagicdesign.com/D ... OS_7.3.iso) And to conclude I also tried to run centos on a VM, again with the bundle Centos 7.3 and DaVinci Resolve Studio, it runs normally but when I launch the Davinci software it loadd then just disappear. After this I make some research and find that the problem could be the NVIDIA Driver who wasn’t updated (I checked the graphical card of the VM it was an Nvidia) so I tried following this guide to update my drivers
http://johangrimonprez.be/wp-commons/wp ... ctions.pdf
But when I tried to update it, it crashed and asked for a nvidia adaptator but it’s a virtual machine.

You need to post the crash screen.
CentOS 6 will die in November 2020 - migrate sooner rather than later!
Info for USB installs on http://wiki.centos.org/HowTos/InstallFromUSBkey
CentOS 5 is dead, do not use it.
Full time Geek, part time moderator. Use the FAQ Luke
Top

Sorry, i added the picture.
Top

When you first boot there is a screen with 3 options: install CentOS, Verify Media and Install, and Troubleshooting. Select Troubleshooting and under that you should see another menu and one of the options there is to install in basic VGA mode. Use that.
CentOS 6 will die in November 2020 - migrate sooner rather than later!
Info for USB installs on http://wiki.centos.org/HowTos/InstallFromUSBkey
CentOS 5 is dead, do not use it.
Full time Geek, part time moderator. Use the FAQ Luke
Top

Thanks for your help, it worked.

Now i have a the same problem, after the install of DaVinci Resolve Studio 15 on linux and when i launch it, the software load then disappear. 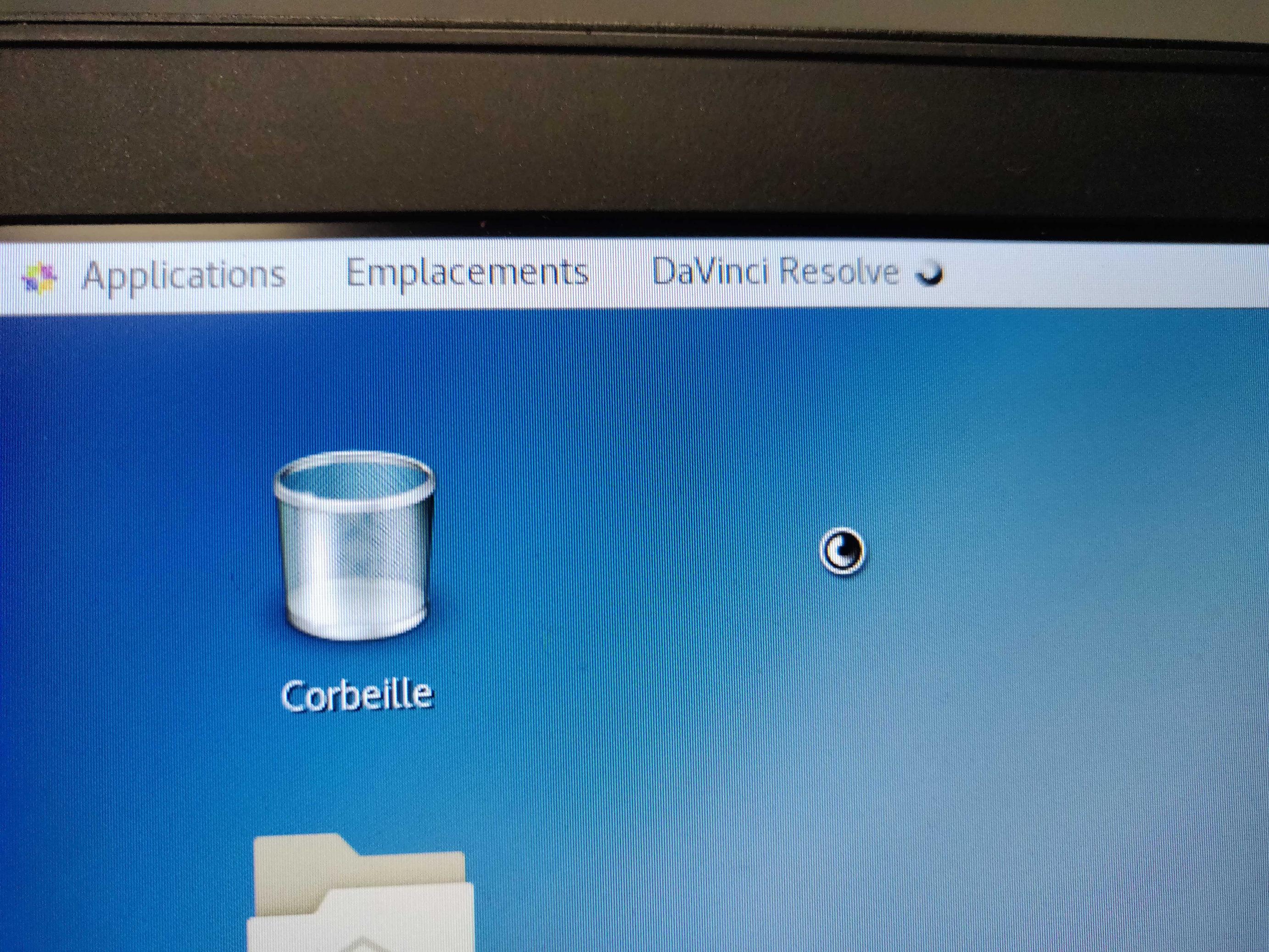 So again i tried to install the nvidia driver, the installation worked but now when i reboot the pc it turn on a black screen after the launch of Centos. 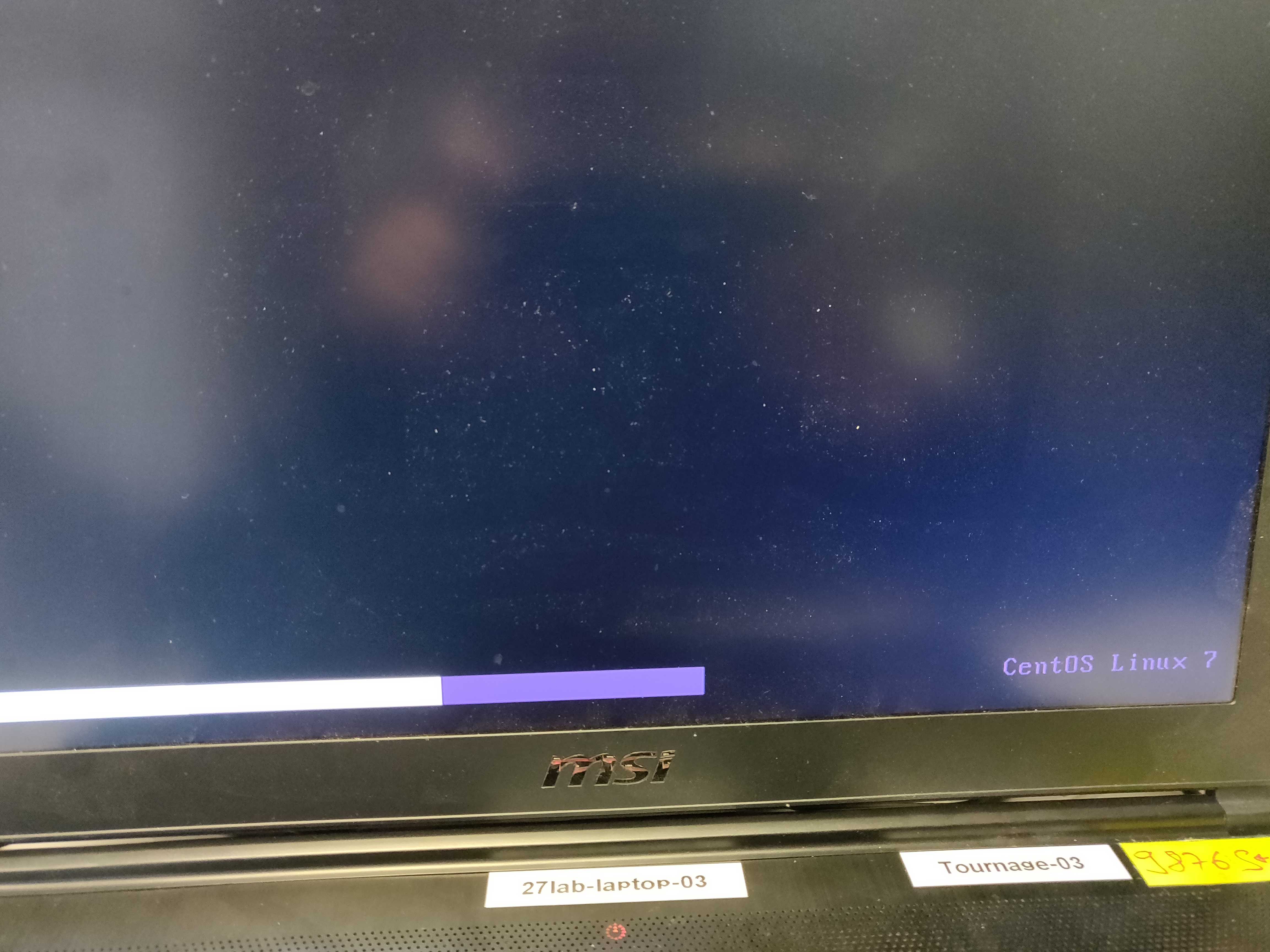 the link of the nvidia driver :

Did you ever get DaVinci Resolve Studio working with Centos? From what I read version 16 works better. I've got it running on Windows 7 and other have gotten it working on Ubuntu. I ask because I'm planning to build a new computer for DaVinci Resolve and I'd love to leave Windows behind so I'm doing as much homework before I pick the hardware in case there are known incompatibilities. I'd really like a reliable system I don't have to spend all my time doing sys-admin tasks instead of editing. Thanks.
Top
Post Reply
7 posts • Page 1 of 1